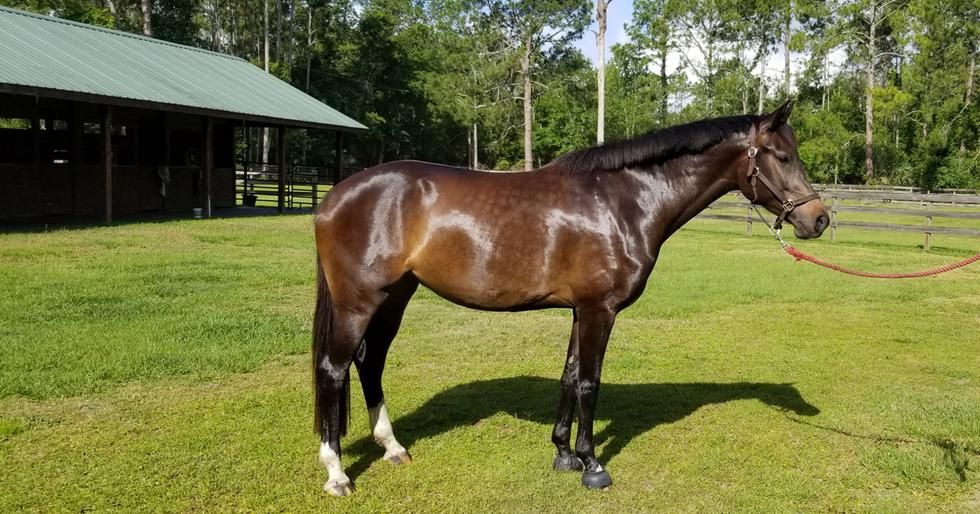 1
Proven Equine:  your source for Animal Trace Minerals
This all natural supplement is scientifically proven to improve your horse's feet including
laminitis while helping skin conditions and boosting immune systems.

About Animal Trace Minerals
Due to generations of over-harvesting, most minerals have been depleted from the once-rich soils across North America and are not available in today's commercial feeds and forage. Naturally chelated trace minerals are harvested from an ancient seabed rock, found in very few places in the world, and are a non-disturbed concentration of vital minerals to horses. The nature of this chelated formula is the rare ingredients that are easily absorbent thus causing no toxicity. The high amount of silicon helps regenerate the cell membranes all over the body, increasing the speed of healing wounds and inflammations. There are 76 minerals included in our product, an extensive formula almost impossible to find anywhere else. Click here to view mineral chart.
Trace minerals are a powerful anti-oxidant, anti-inflammatory and anti-toxic agent. These specific minerals will speed the growth of the skin, hair and hoof tissue, and improve the elasticity of the hoof as well. This effect can be seen in as soon as 21 days where the old hair will fall off being replaced by new short ones (a good test that the minerals are working). It works as an anti-arthritic alone or does especially well when combined with other anti-arthritic supplements. This fine clay supplement, almost tasteless, generates a wide variety of enzymes that aid in the digestive process. It oxygenates the cells avoiding fatigue, which in turn enhances the overall performance of the horse and improves his immune system. 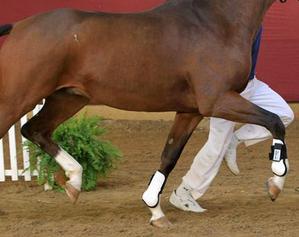 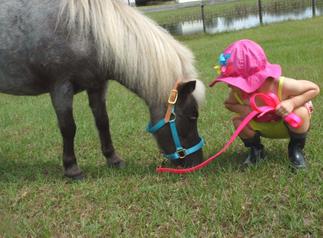 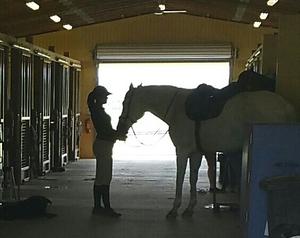 Dr. Carlos Cortelezzi is the original founder, and after doing extensive testing of the product with 550 horses, his goal was to find a natural, inexpensive cure and prevention of laminitis.      His scientific test was successful and he was able to obtain a U.S. patent for these chelated trace minerals. Dr. Cortelezzi has a long list of happy horse owners who used these minerals to save the lives of their laminitic horses!
Recommended Dosage
These essential minerals are actually "montmorillonite minerals," a word coined for a type of mineral clay found in 1847 in Montmorillon in western France. Its composition and natural chellated properties have also been found in a mine in Nevada where Dr. Cortelezzi exclusively contracts to harvest the minerals for animals. These same minerals possess the multitude of healing properties of clays known since ancient Egyptian times.
Trace Mineral Benefits:
Eliminates Toxins
Improves Hoof Quality & Growth
Gives a Show Ring Shine &  Helps Skin Conditions
Promotes Healthy Joint Functions
Increases Energy Level
Reduces Stress
Improves Endurance & Stamina
Defends Against Viruses, Bacteria & Fungi (Immune)
Aids in the Prevention of Founder & the Rebound of Laminitis
Improves Feed Absorption
For an average 1100 lb. horse, ​recommended dosage is 2 oz. daily (2 scoops). For severe conditions of feet or skin, start with 3 or 4 oz. per day for 2 to 4 weeks, then you may drop to 2 oz. daily (2 scoops).  Some people have reported good results eventually maintaining at 1 oz. per day.
Using 2 scoops per day for 1 horse, you can expect 4 pounds of Animal Trace Minerals to last about 30 days.
We offer 4 different sized buckets:  4 lbs, 12 lbs, 22.5 lbs, and 50 lbs.  Click here to see prices. 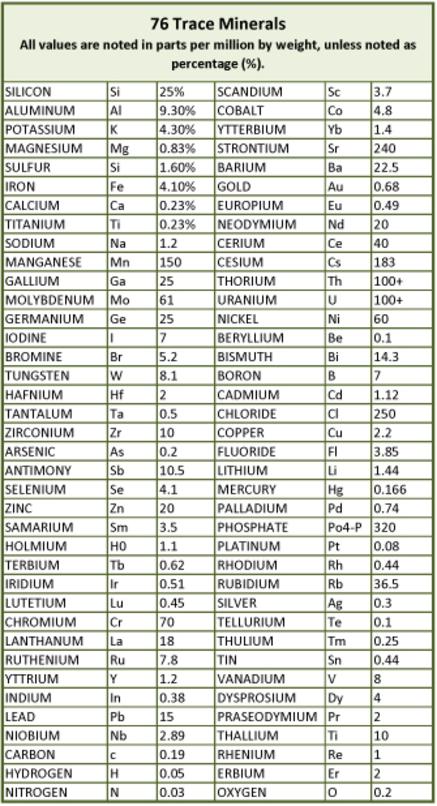 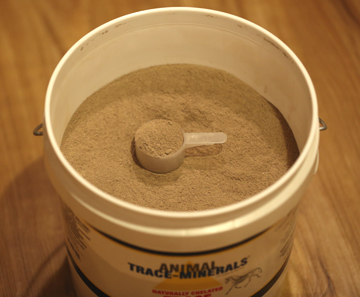 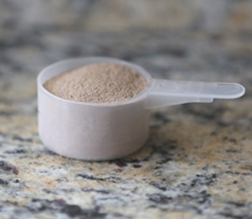 Dr. Cortelezzi explains further:  Animal Trace Minerals is a naturally chelated trace mineral formula with an alumni-silicate structure, called montmorillonite. This carries inside a chelating natural compound called fulvic acid. Harvested from a fossilized basin where plants, algae, animals, and other organic material sedimented into an ancient seabed soft rock, these minerals were chelated by the fulvic acid and absorbed by the montmorillonite. So, when supplemented orally to animals in general, they will be provided with the 76 chelated minerals in minute amounts (traces) necessary to combine with proteins in the body to form enzymes, while providing the intestinal cleansing effect of the montmorillonite. In other words, trapping of toxins of many kinds and eliminating them through the stool, while leaving the trace minerals available for the body to form its enzymes as needed. The fact of the increased enzymatic formation will be seen in an improvement of the overall health, formation of healthy fiber tissue, skin and hoof, improved energy level and better absorption of all the nutrients in the diet.
This supplement is 100% organic and has not been altered or formulated.